Alicante is centrally located on Spain’s Mediterranean coast. The air of the city is pervaded with the scents of the sea; indeed the city has been an important seaport for many centuries. There is nothing as pleasant as strolling along the quayside promenade lined by four rows of palms, tessellated with marble in Alicante red, cream and black in imitation of the waves of the Mediterranean. Many famous residents have spoken lovingly of the city; in the words of the poet and novelist, Juan Gil-Albert, “Alicante looks uninterruptedly to the Mediterranean". Author Gabriel Miró wrote, "my city is pierced through and through by the Mediterranean" and another native author, Joan Fuster, wrote that Alicante "is without a doubt, the friendliest of all Valencian cities, a city one would choose to live in if one were to exchange a village for a city".Alicante looks towards the sea, and does so from its famous Paseo de la Explanada, one of the most beautiful seafront promenades in Spain. Alicante is also a university city, with various faculties and a series of technical colleges. In summer a variety of Spanish courses for foreigners are held. The city offers an interesting range of cultural activities in various centres around town, such as the Casa de la Cultura (cultural centre), which has a well-stocked library, a historical archive and keeps locals and visitors abreast of cultural events such as expositions, conferences and films. The mild Alicante climate makes beach-life accessible practically all year round, and there are plenty of fantastic beaches to choose from: La Playa de San Juan, with seven kilometres of golden sand flanked by a road enabling you to stop wherever you want; La Albufereta, an intimate, residential stretch of sand, protected by the headland of the Serra Grossa, El Postiguet located almost within the city itself, at the foot of the Benacantil mountain, next to the port and Los Saladares, Iying south of the city, in the area known as Agua Amarga. The sands simply never run out in Alicante; but if you prefer a rocky beach with crystal clear waters, at the Cabo de las Huertas, you’ll find a rugged, rocky area with coves such as Los Cantarales, Los Judios and Palmera.   El Saladar and Los Judios both have nudist sections. There are boat trips available to the Island of Tabarca,  Jijona is only 26 km from Alicante, the birthplace of Turrón, a sticky almond sweet very popular in Spain and served at Christmas. Close at hand are the Caves of Canelobre, a marvel of nature and just outside Alicante you can see the largest Palm Forest in Europe; on a trip to Elche you can enjoy a stroll through the subtropical environment. Don’t miss the magic and charm of Les Fogueres de Sant Joan. On the night of 24 June, the flames from blazing bonfires illuminate the Alicante sky. The Habaneras and Polyphony Festival and competition held in nearby Torrevieja every year in August is now one of the largest festivals of the year in Spain. With its Cuban flavour and folklore theme, it has both Spanish and international residents celebrating together. 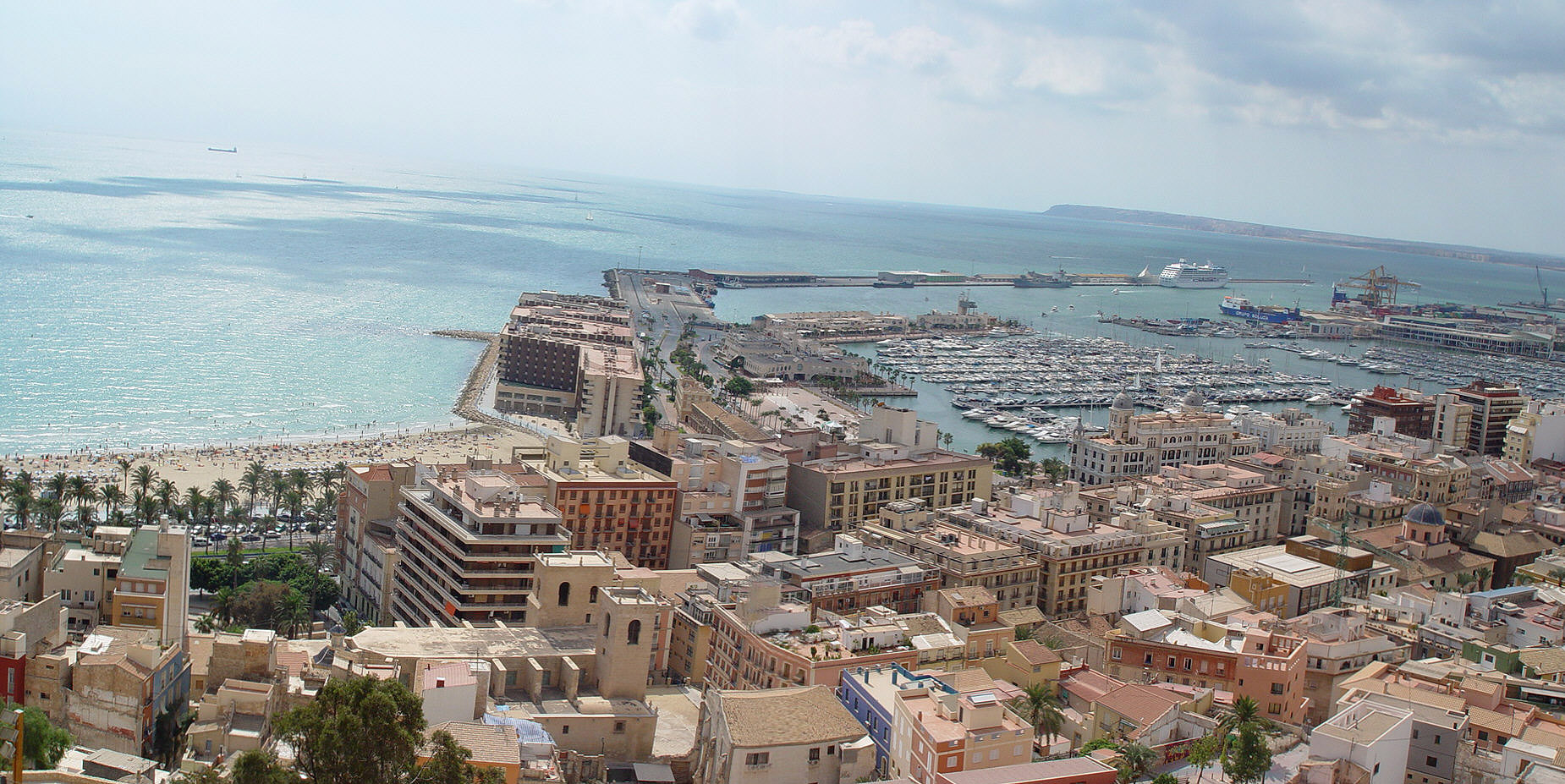