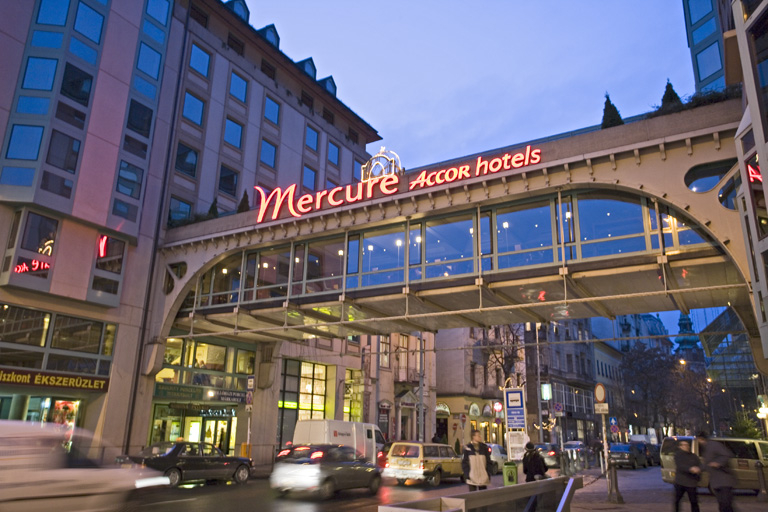 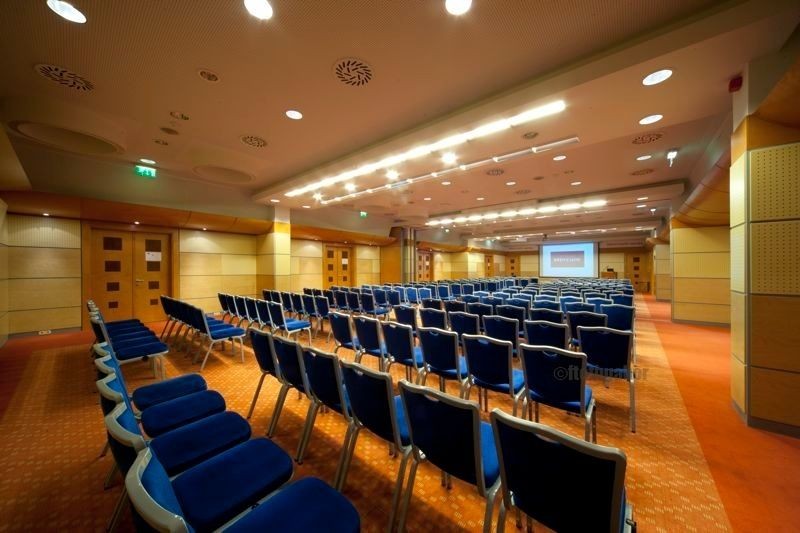 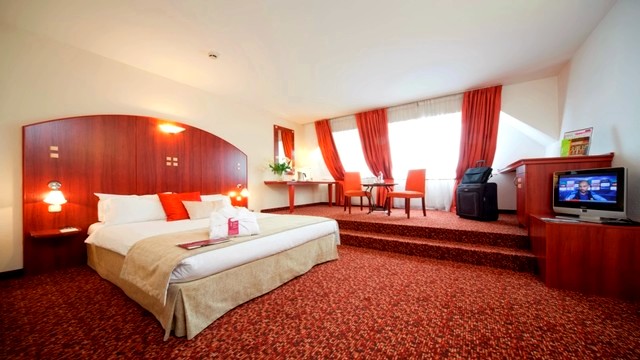 Budapest is the capital and most populous city of Hungary, one of the largest cities in the European Union and sometimes described as the primate city of Hungary. It has an area of 525 square kilometres (203 square miles) and a population of about 1.8 million within the administrative limits in 2016. It is both a city and county, and forms the centre of the Budapest Metropolitan Area, which has an area of 7,626 square kilometers (2,944 square miles) and a population of 3.3 million, comprising 33 percent of the population of Hungary. Budapest became a single city occupying both banks of the Danube River with the unification of Buda and Óbuda on the west bank, with Pest on the east bank on November 17, 1873. The history of Budapest began with Aquincum, originally a Celtic settlement that became the Roman capital of Lower Pannonia. Hungarians arrived in the territory in the 9th century. Their first settlement was pillaged by the Mongols in 1241–42. The re-established town became one of the centers of Renaissance humanist culture by the 15th century. Following the Battle of Mohács and nearly 150 years of Ottoman rule, the region entered a new age of prosperity in the 18th and 19th centuries, and Budapest became a global city after its unification in 1873. It also became the co-capital of the Austro-Hungarian Empire, a great power that dissolved in 1918, following World War I. Budapest was the focal point of the Hungarian Revolution of 1848, the Hungarian Republic of Councils in 1919, the Battle of Budapest in 1945, and the Hungarian Revolution of 1956.

Budapest is an Alpha- global city, with strengths in the arts, commerce, design, education, entertainment, fashion, finance, healthcare, media, services, research, and tourism. Its business district hosts the Budapest Stock Exchange and the headquarters of the largest national and international banks and companies. Budapest is a leading R&D and financial center in Central and Eastern Europe, and the city has a gross metropolitan product more than $100 billion in 2015, making it one of the largest regional economies in the European Union. It is the highest ranked Central and Eastern Europe city on Innovation Cities Top 100 index. Budapest attracts 4.4 million international tourists per year, making it the 25th most populous city in the world, the 6th in Europe, and is also known for its fashion, particularly the twice-yearly Budapest Fashion Week and Michelin stars restaurants. Among Budapest's important museums and cultural institutions, the most visited art museum is the Museum of Fine Arts, as well as the Hungarian National Gallery, which is noted for one of the largest collections of all periods of European art and comprises more than 100,000 pieces. The central area of the city along the Danube River is classified as a UNESCO World Heritage Site and has many notable monuments, including the Hungarian Parliament, Buda Castle, Fisherman's Bastion, Gresham Palace, Széchenyi Chain Bridge, Matthias Church and the Liberty Statue. Further famous landmarks include Andrássy Avenue, St. Stephen's Basilica, Heroes' Square, the Great Market Hall, the Nyugati Railway Station built by the Eiffel Company of Paris in 1877 and the second-oldest metro line in the world, the Millennium Underground Railway. Budapest is home to numerous museums, galleries, libraries, sporting events and other cultural institutions, including the Hungarian National Museum, House of Terror, Franz Liszt Academy of Music, Hungarian State Opera House, National Széchényi Library and Hungarian Academy of Sciences. Budapest is cited as one of the most beautiful cities in Europe, ranked as the most liveable Central and Eastern European city on EIU's quality of life index, ranked as "the world's second best city" by Condé Nast Traveler, and "Europe's 7th most idyllic place to live" by Forbes. It has around 80 geothermal springs, the world's largest thermal water cave system, second largest synagogue, and third largest Parliament building. Budapest is home to the headquarters of the European Institute of Innovation and Technology, the European Police College and the first foreign office of the China Investment Promotion Agency. Over 40 colleges and universities are located in Budapest, including the Eötvös Loránd University, Central European University and Budapest University of Technology and Economics. Budapest is bidding to host the 2024 Summer Olympics, because it is the capital of the only nation from the ten most successful who has not hosted the Olympics yet. 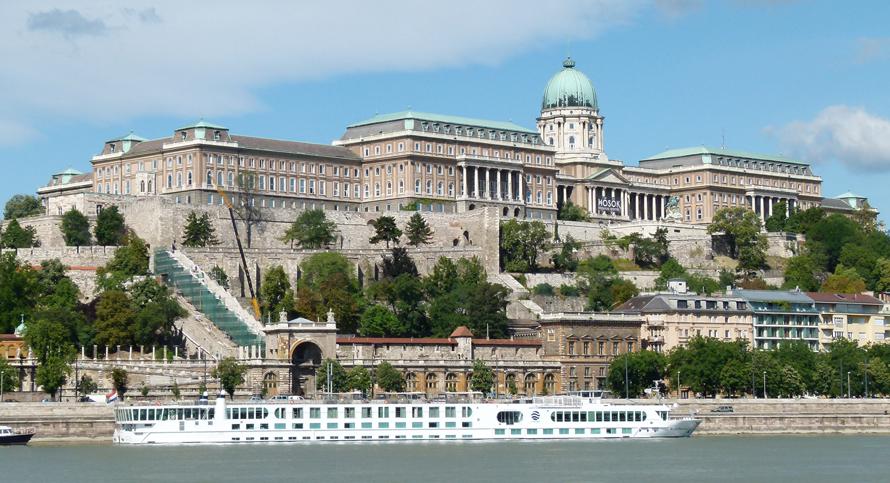 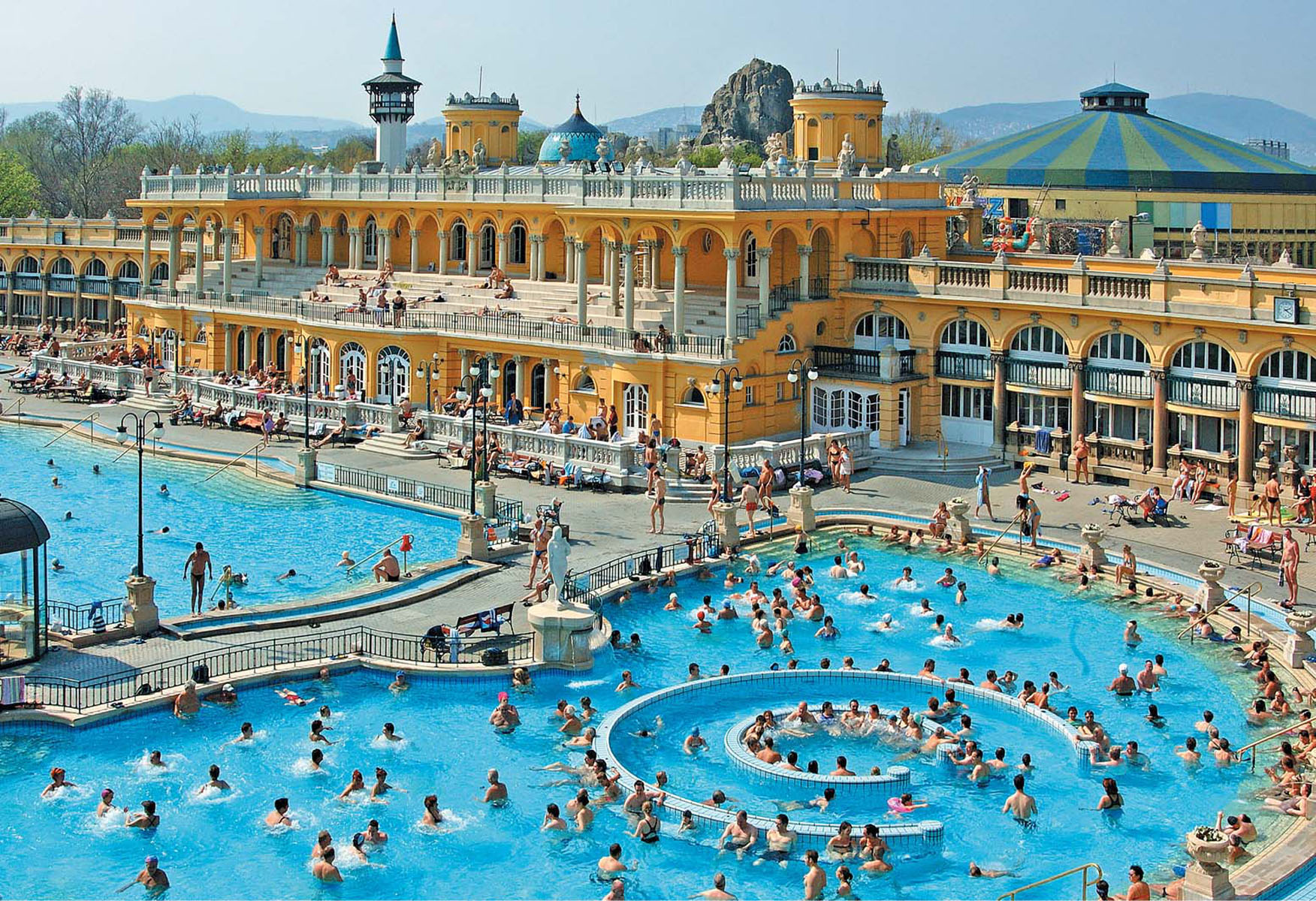 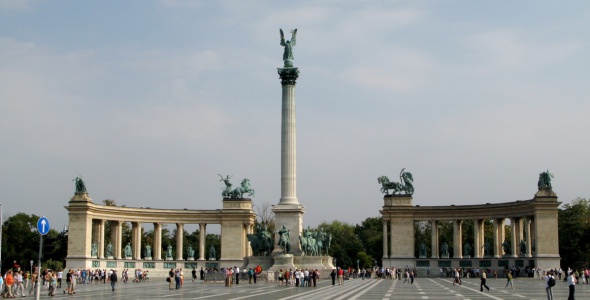 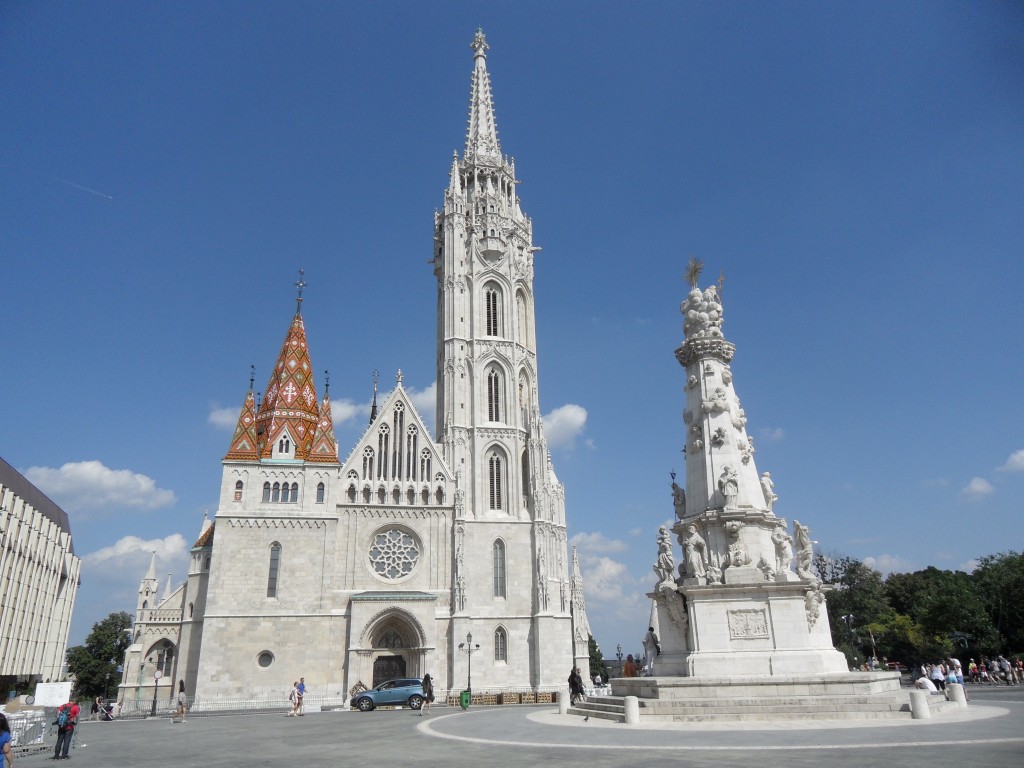 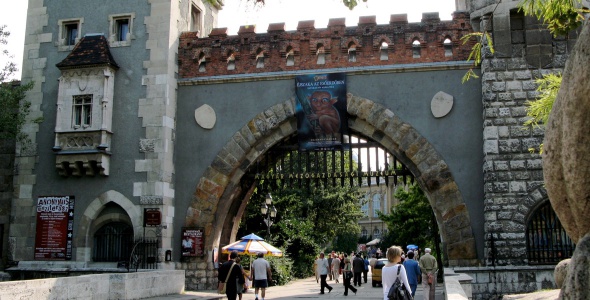 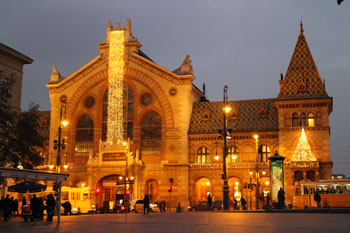 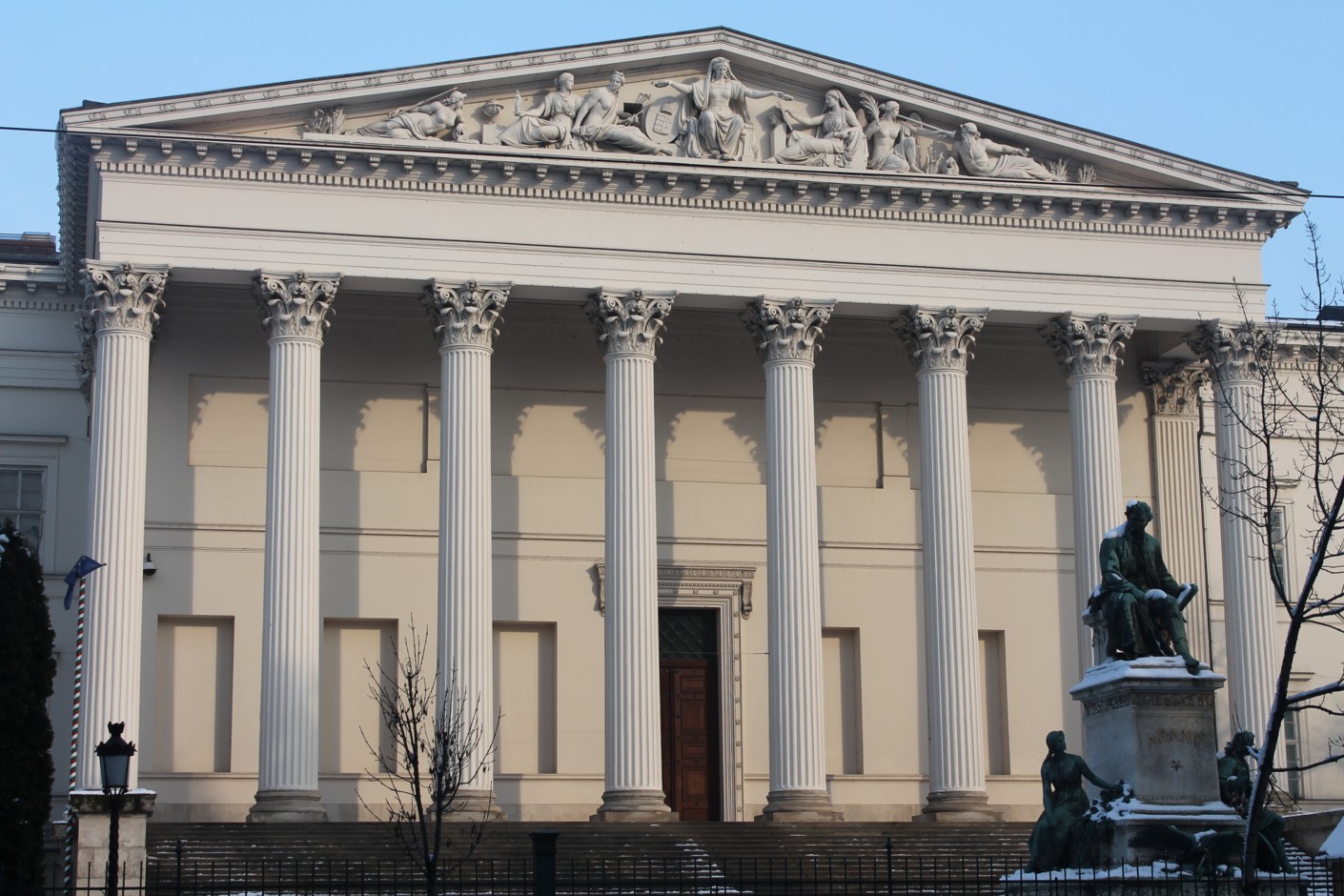